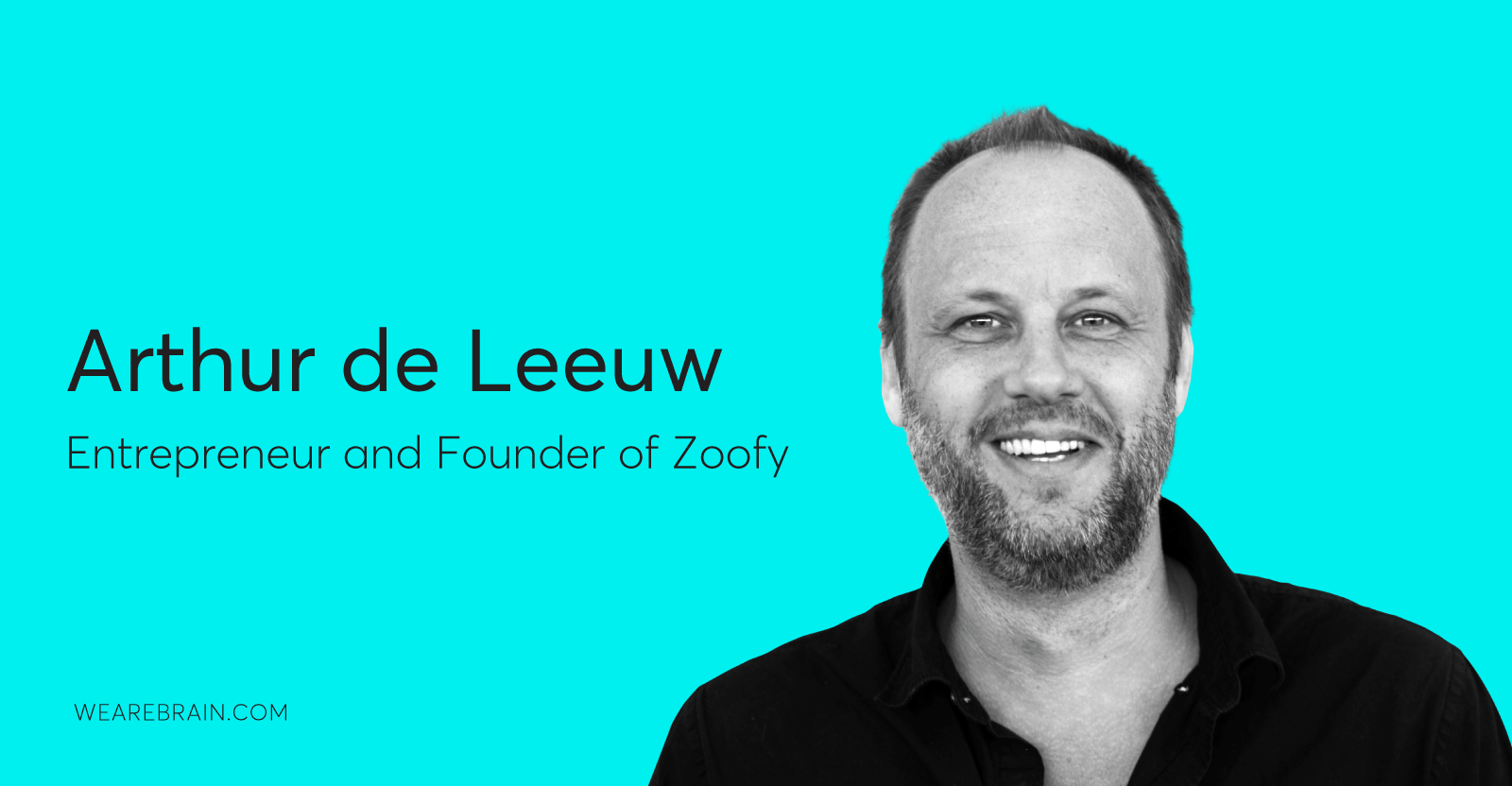 Starting a business from scratch is no easy feat — just ask any budding entrepreneur who managed to turn a simple idea into a money-making venture. Some believe there are predetermined steps to take in order to be successful, while others believe these rules are made to be broken. Us Brainiacs are fascinated with the mindset of entrepreneurs and so we jump at the chance to chat to people who have made a success out of their ideas so we can learn more about what it takes to be successful.

And so we chatted to Arthur de Leeuw, entrepreneur and visionary behind Zoofy, a platform designed to provide services on demand (plumbers, electricians, handymen, etc.) all over the Netherlands. Here’s what he had to tell us about starting his business from the ground-up.

Q: When and how did you get the idea for Zoofy?

We need to go back to the 90s to get the full background. I studied Business with a major in Information Management in Rotterdam, at the beginning of the internet boom. On the side of my studies, I was designing websites and even came up with an idea for a platform where people could upload videos. I dropped the idea after a year… and well, somebody else picked it up!

In 2000–2001, the internet bubble collapsed and it was a big disappointment for me and my fellow students. I lost interest in the digital world and decided to travel for a year to figure out what I wanted to do with my life. I came back to the Netherlands with a yearning to do something exciting. This translated into trying to become a secret agent or a war correspondent. I tried the secret agent route a few times but that didn’t work out, so I decided to focus on becoming a journalist. This is a difficult industry to get into without any experience, but I was lucky to meet the chief editor of a new radio station, BusinessNewsRadio, who gave me my first job (I had to reprogram the day broadcast for the night when probably no one listened to it!).

Eventually, I moved on to become a business journalist, reporting on the stock market, and finally, I got my first assignments abroad for a newspaper and radio in Afghanistan, Chad and Darfur. My next move was to move into TV news, starting off in business again, and moving on to become the Africa correspondent for RTL News. After 6 years, it became challenging to combine my journalist lifestyle with family life, so we decided to move back to the Netherlands. And I chose to go back to my first love: the online world.

I had a few ideas that didn’t materialise, either because they didn’t test well or simply because there wasn’t traction. One of them was a platform that would allow users with little time available to order anything they needed in one click. For example, if they needed to replace a home appliance they could have it delivered within an hour. Even though the idea wasn’t viable, the system behind it worked greatly (sending out an amber alert so that shops in the area can pick it up by pressing ‘yes’). So when one day my sister shared with me her frustration as she had been desperately looking for a heating mechanic to repair her boiler, it all came together. We would use the same platform to offer services rather than products.

Within a year and a half, we were present in all major cities in the Netherlands. We also see similar concepts in the US, which is a good validation for us. It is a sign that this solves a real problem and that it works.

Zoofy started in the Summer of 2015 and was launched in January 2016. We started with 3 people (online marketing, development, and myself) and an intern. We are approximately 32 people today, including part-time employees.

Q: What is your vision for Zoofy in the future?

Every market, everything that you do can be translated online. People usually lead busy lives, professionally and privately, and they often don’t have the time or don’t want to have to look around for services and make phone calls. With Zoofy, we sell convenience: you press a button and get the service that you need.

In the future, I see Zoofy becoming less of a platform and more of a webshop, with users shopping for certain jobs at fixed prices (eg. packages). We also would like to collaborate more with DIY retailers, so that users can purchase items on their webshops and at the same time decide whether they’d like to book the service or handyman that executes the job.

Q: What would you say is your competitive advantage and why can’t it be copied?

Everything can be copied. However, it would be difficult for a newcomer to compete with us at this time because we have invested a lot of time in building our network. I myself visited, in person, the first 650 handymen, so that creates a relationship that isn’t easy to match.

With time, we also went through problems that we had to tackle and learnt from. For a company to start now, they would most probably need to go through that learning curve themselves a lot faster in order to gain enough traction.

Q: Have you participated in any funding and investment programmes? And would you recommend going this route to other entrepreneurs?

Aside from our own personal investments, we have also received funding backed by two investment companies. We didn’t participate in a startup programme because we didn’t feel the need to do so. I started Zoofy when I already had a professional background and felt I didn’t need that much hand-holding. In my opinion, you have to do it yourself, make mistakes, learn with the fallbacks. But every company is different and a younger person may benefit more from such a programme.

The key is to get started and stay fully committed, investing your time and money. Be honest with yourself: if it’s not working, drop your idea. But if you really believe in it, stay focused and keep trying even if there are setbacks.

One piece of advice I would give to new entrepreneurs is to be critical when talking to investors. There are huge differences between investors, and the most important thing is to have a good fit rather than securing funding.

Q: What things took you by surprise throughout the process of bringing your business to life?

I started the business being extremely naive, thinking the process would be very easy: build, hire people, advertise and make money. I quickly realised that is not the case, it is way more difficult than I anticipated. But I have come to love the fact that every day is a challenge.

Q: What mistakes did you make?

We made many mistakes along the way, launching features that didn’t work out, and having to circle right back to where we started. The biggest one happened in April 2018 when we launched a new website that was developed in React. Within a month, our ranking positions in Google took a dramatic dip. We had to react quickly and built another website from scratch in a more common development language. That mistake took us a very long time to recover from.

Recruitment can also be challenging at times; it is tricky to find the right people that fit your company and aspirations.

Q: What is the one piece of advice you’d give to other budding entrepreneurs?

Be modest and invest yourself. Show that you’re serious with your own concept.

Ensure that the workplace is pleasant and that there is a fun atmosphere. Your employees will enjoy coming to work and the results will be better too. Culture is also a big component of this; at Zoofy, we tend to be open, direct and honest, but also like to have a laugh. That means that communications are very clear and at the same time people like working with us.

Thank you for sharing all of your entrepreneurial insight with us, Arthur. It is fantastic to see how your ideas have come to life in a meaningful way. We look forward to seeing how you and your team will take Zoofy to new heights in the coming years. Onwards and upwards! 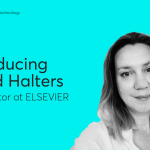 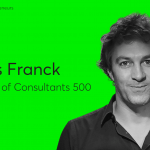 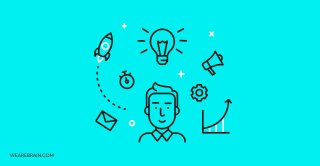 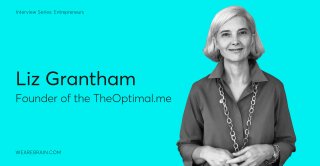 Liz Grantham, founder of TheOptimal.me, talks about the motivations behind the business 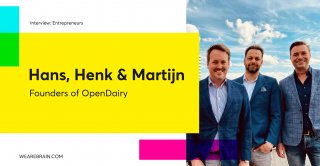 The best cream always rises to the top: a conversation with the founders of OpenDairy